A Shortage of Cocoa Threatens the Chocolate Production Worldwide 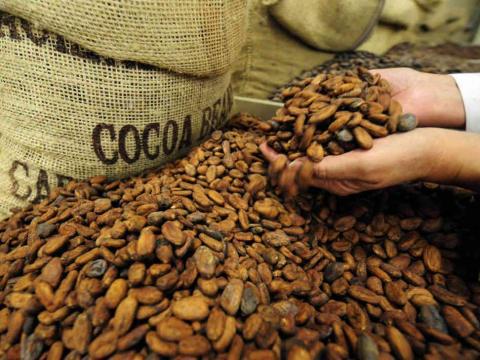 If you are a chocolate lover, then you would not want the coming years to arrive. Why? Well, we don’t know if you can handle the truth but here it is: The world expects a bad future for chocolate due to a worldwide shortage of cocoa within the coming 6 to 7 years. In other terms, chocolate factories might not be able to provide you with chocolate the same way as before.

How did we reach this point?

In 2013, the world consumed around 4 million tons of cocoa, and Europe took the lead as the biggest chocolate market. This quantity corresponds to 32% more than the consumption 10 years ago, making it reach its peak. To satisfy the demand of this exploding market, more and more chocolate factories emerged. Therefore, the need for a bigger supply of cocoa grew tremendously driving, according to some experts, to "its worst deficit in 50 years". The Wall Street Journal has recently indicated that “producers around the world are struggling to produce enough cocoa so that chocolate continues to flow freely". In fact, chocolate factories were unable to satisfy the high demand due to the limited capabilities of the small farms, where cocoa is cultivated in majority. However, the latters were unable to invest more to increase their productivity, and planting new seeds won’t produce an immediate effect. A cocoa tree needs at least 10 years to produce its first beans. Therefore, chocolate factories aren’t receiving the supply they need to meet the demand.

Like any other product, when the demand becomes higher than the supply, the prices will rise. Some figures showed that the cocoa beans prices have already increased by 63% in the last 3 years, and if the consumption keeps on rising, so will the prices. In the near future, this will turn chocolate into being a luxurious product, which only the wealthy will be able to afford it. As a reason of the “addiction” that some people grew, “they will be willing to pay more 100$ per kilogram of chocolate” said Angus Kennedy, a former chocolate taster for major manufacturers. Fortunately, the world isn’t experiencing a major raise in prices for the moment, but it will in the coming years, if chocolate factories treat chocolate as a business, like they have been doing until now. Components like cocoa butter and cocoa are the most expensive ingredients in the chocolate production. The shortage in the cocoa supply will lead to even higher prices of these elements. In this case, chocolatiers will most probably replace the cocoa butter with artificial substitutes to keep on producing and providing chocolates. This will surely lessen the quality of their confectionary products, spoiling the way chocolate tastes.

Luckily, almost everyone can still afford good chocolates. Even with the obvious inflation of the chocolate’s prices, there is still no need for chocolate lovers to start panicking. According to Kennedy, “the worldwide chocolate industry is looking carefully at this situation in the coming years”. But the question remains, what if this current fear becomes true in the next 5 years, what will be the future of chocolate?